Top 10 Most Haunted Places in Gatlinburg 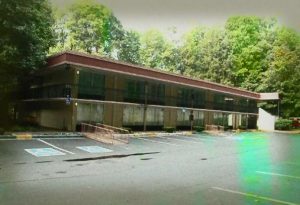 When you are in Gatlinburg you should expect to hear stories of mysterious mansions, unexplained phenomenon, and even haunted houses. This area is full of old traditions, ghost stories, and folklore. There are several haunted attractions throughout Gatlinburg, however, we are going to talk about the real hauntings that occur in the area. 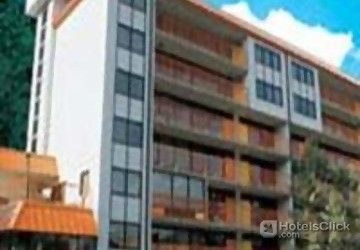 A woman who was working at the inn was killed one night when she was working later than normal. She decided to pick up some extra hours. This ultimately led to her death. It is said that this woman will watch over you like a shadow figure while you stay at the inn. 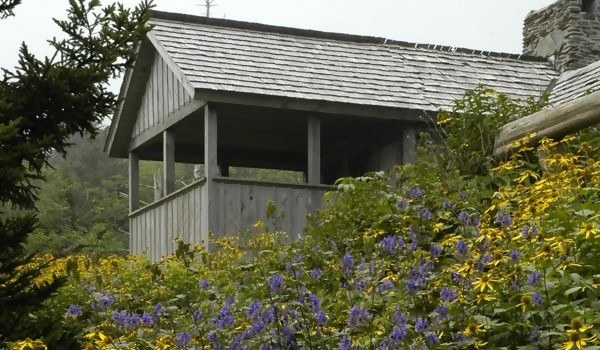 You can only get to this lodge by hiking. This is also the only place where you can sleep overnight in a permanent structure. No roads lead to this area and the trails to get there are over five miles long. The beautiful inn holds a darker side that you should know about.

It is said that at 3:33 in the morning that guests will awaken and see a very young girl. This girl will be located at the foot of their bed. She doesn’t stick around long, for when she is seen she disappears. Many people report that they feel watched while they are sleeping and it is said that this young girl will watch people sleep at night. 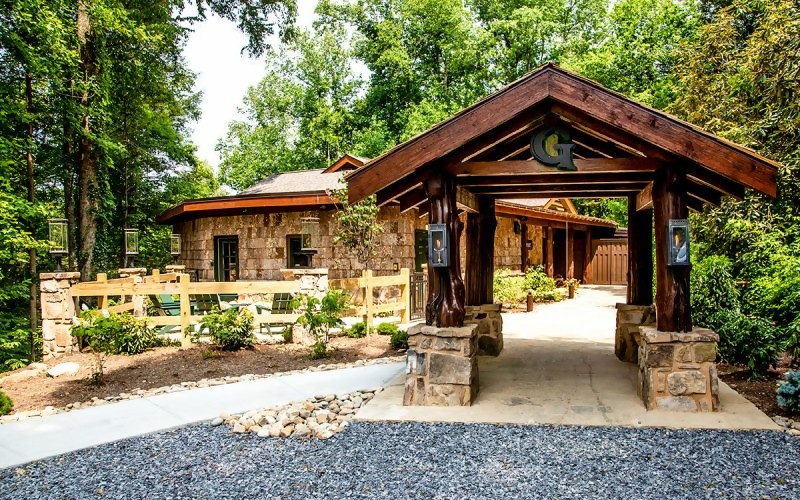 This is now a restaurant. However, it was a bed and breakfast when it opened. It was opened in 1939. However, not long after the opening, tragedy struck. Margaretta Craig had rented a room at this small bed and breakfast only to never be seen again. That night she committed suicide. She can be seen in the room where she passed away. The owners put photos of her in the room and dedicated this room to her. This is a friendly ghost that will do nice things for you. It is said that Margaretta will close doors behind you.

This was originally built in the 1900s. However, before it was a restaurant, it was a county jail. It was formerly listed as Loco Lupe’s before the 2007 update. It is said that if you are in the restaurant at night you can hear voices coming from upstairs, slamming doors, knocking, and someone walking on the stairs. If you are downstairs you may hear the water turn on and off and toilets flushing. 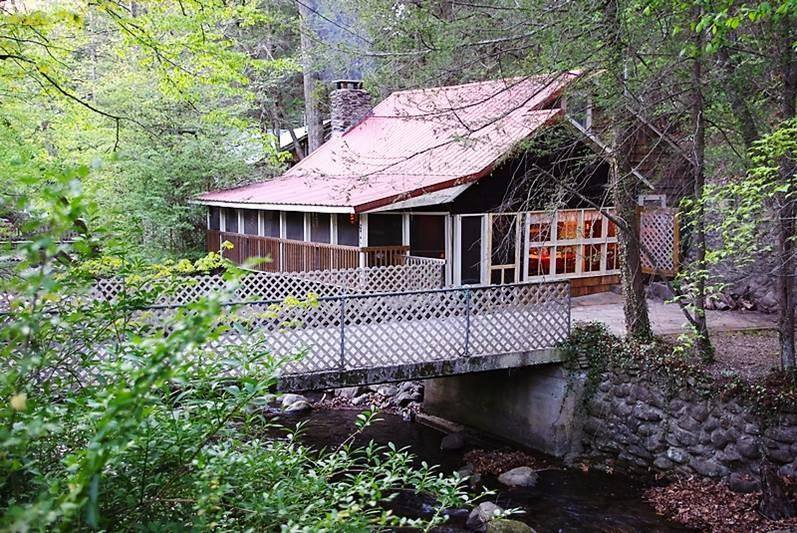 This cabin is well over 200 years old. There are so many paranormal happenings here, it can be hard to mention them all. However, we do know that the cabin is said to be occupied by a woman’s spirit.

This cabin is really weird. One family decided to go get dinner because the table and kitchen were messy. They came home and went to bed to find the table clean and set with everything.

It is also said that the goat cart that is used for blankets and pillows moves around the living room when they wake up in the mornings. 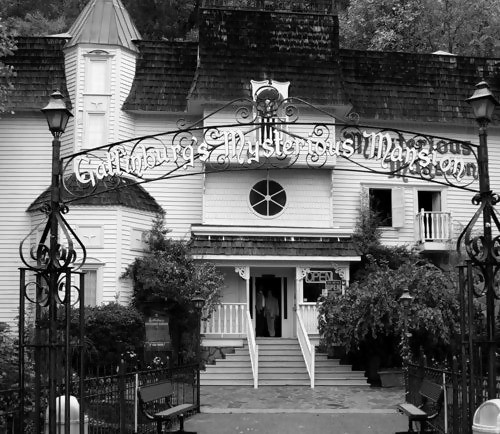 This house is known as the oldest haunted house in the area. It was opened in 1980. It was a haunted house for attractions. It is still used as a haunted attraction today, however, there is a real paranormal activity that occurs now. You may walk through and notice all the normal haunted house mumbo jumbo, however, you may find a much darker scene as well.

The mansion involves that of a young girl. This young girl sobs. It is said that a seven-year-old girl died on the land. She had fallen off the balcony of the nearby building into a creek located directly below the balcony. It is said that her ghost appears near the anniversary of the date when she fell off the balcony. She is said to cry and point to where she fell. Even though she fell from the neighboring location, she is said to roam the area of the mysterious mansion.

This area is also known for a hooded figure that will follow the actors in the building. It will follow the guests as well. Plus, if people replace a certain lightbulb, it will burn out not long after. They simply do not replace this bulb any longer because the wiring and fixtures have been checked and it is fine. 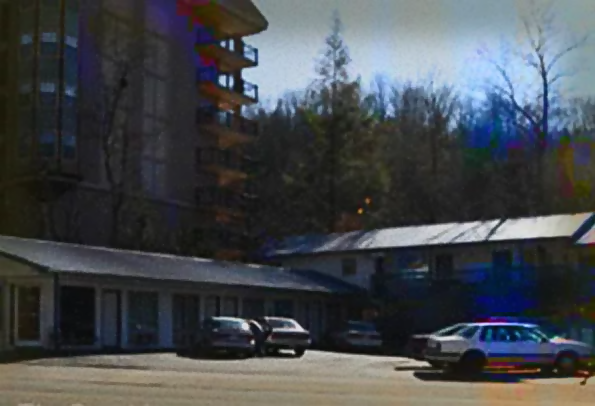 This hotel is located right in the heart of the Smokey Mountains. Many people make this their home away from home. This motel will overlook the Branch Creek downtown. There is a balcony that looks over the river for each room. This motel would be opened in 1936 and continue to operate today. The motel was declared a national park in 1940. While this motel holds a lot of beauty, it has a darker side.

Many residents who stay at this motel claim that they will often hear loud knocks at their door, however, when they open the door no one is there. People will often state that the clocks in the rooms will go backward and that orbs make themselves present even in the darkness. This motel is full of paranormal activity and no one really knows why. One person states that a woman crawled out of the doorway of their bathroom and crawled back in. 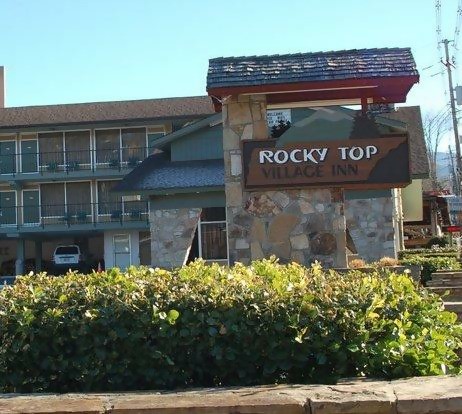 This business has been operational for over thirty-six years. It was opened by Boudeleaux Bryant and Felice. These two had produced several hits for well-known artists including Buddy Holly and Jim Reeves. When the two settled down, they opened the Rocky Top Village Inn.

However, a few years later a brutal murder would paralyze the small town.

Melissa Suttles Hill, a 21-year-old night clerk of the Inn and Troy Dale Valentine, a thirty-six-year-old security guard were working at the Inn when they were killed by Kimberley Pelly, Tattoo Harris, Rufus Doby (also known as Ashley Silvers), and Joseph DeModica. The group would spend the day contemplating how to rob local businesses. Eddie drove them to the Inn so they could get a room for the night. It was said that Kimberly had talked to Melissa. Ed had decided to join them when she showed them a room. You could then hear screams from Melissa who was stabbed several times. When the security guard had rolled up because her husband was worried about her. When Troy arrived, Melissa was just shot and the guard was clubbed with his light. The guard was forced into a room and received the same fate as Melissa. However, the guard was shot between the eyes.

Today, you can hear the screams of Melissa and Troy as they were being brutally murdered. People also state that they see the two near the fountain in the parking lot. 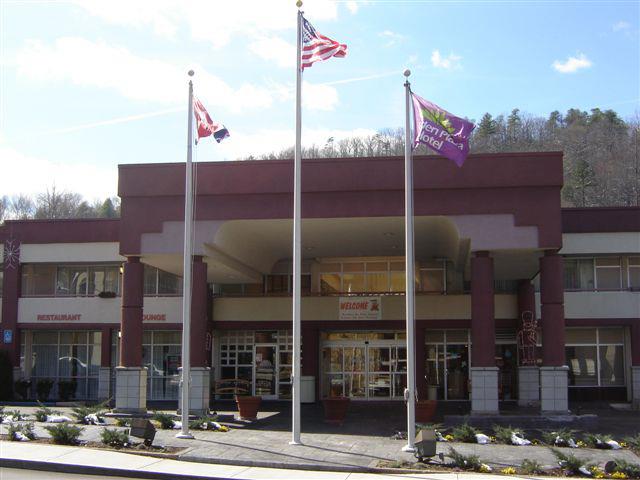 There are two kitchens on the property, one for the resort and one for the tower. We will discuss the tower later. It is said that a man named Alvin had worked for the hotel since the opening. When his 30th anniversary rolled around, the owners bought him a boat. The first time Alvin had used this boat, the boat sank. Alvin had drowned. To this day it is said that Alvin haunts the kitchen of the resort.

Another story states that in the 70s there were two young girls there for the night. These girls had gone downtown and brought home a guy from a local bar. The man went back to their room. One woman went out to smoke and the guy had drowned the other female in the bathtub. He proceeded to put the body underneath the bed. He went down the back stairway and found the other woman smoking. He proceeded to kill her by strangulation. He drug the body to the roof of the hotel.

To this day the maids have reported hearing noises from the bathroom and things moving while they are cleaning the room. Spooky! 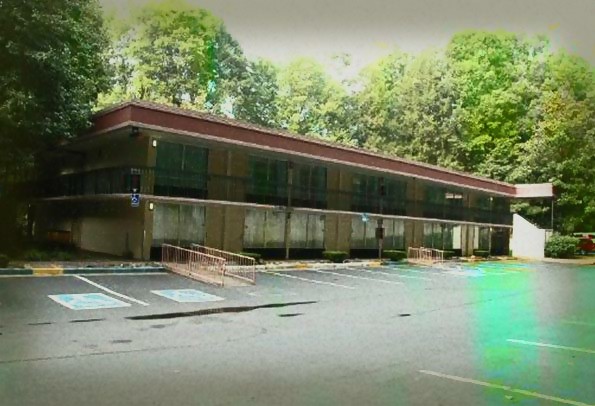 The tower is used for banquet events. The first story goes back to room 471. A businessman was staying in this room. He was from out of town. The man was walking alongside the pool that was located near his room. He was doing this most of the evening until the pool had closed. The maintenance man told him he had to leave because the pool was closed. This was the last that the man would be seen. He did not check out when he was supposed to and a maid went to check on the man. The maid walked into a bloody scene. The man had committed suicide with a gun. He committed suicide with a 357 magnum. The weird thing is that he left a three dollar and fifty-seven cents tip on the table. People claim that they can see a shadow around the pool late at night from their windows.

The next haunting story of the tower is that a boy scout troop had stayed the night and they had the seventh floor to themselves. There isn’t much information because no one knows who was working at this time, but the leader had gone crazy. The leader had killed some of the scouts before he was caught. After this incident, the building was closed for the winter. During the rounds and employee was making he heard screens from the floor and found nothing. There were no rented out rooms during this time.