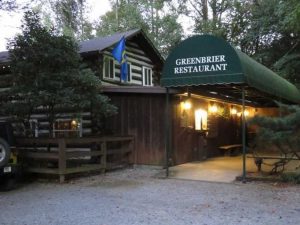 The Greenbrier Restaurant is a staple in Gatlinburg. It is an amazing place to get a bite to eat with your family. However, it does have a little bit of a secret. This is not much of a secret anymore but with your side salad, you may also get a side of ghosts. There is a ghost that wanders the restaurant to this day. You can start off your meal with onion rings and a spirit. And we aren’t talking about alcohol either. 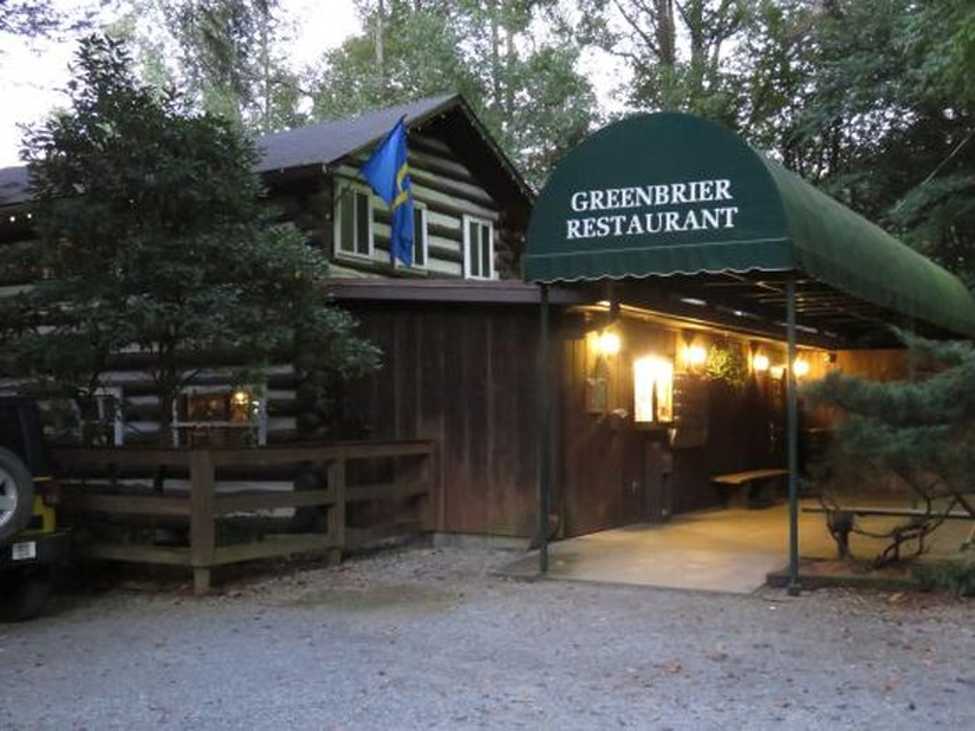 About the Greenbrier Restaurant

Gatlinburg is home to a beautiful city. It has some of the highest points in the Smoky Mountains. Plus, many people, including the early settlers, were enticed by the beauty that naturally occurred in this area. That is why the restaurant is found in an area the provokes beauty and your imagination.

The restaurant still has a log cabin feel. It was also known as the Greenbrier lodge in 1939. The restaurant dates back to this time and that is why there is a spirit lurking around to this day. This spirit has been reported by both diners and staff of the restaurant. 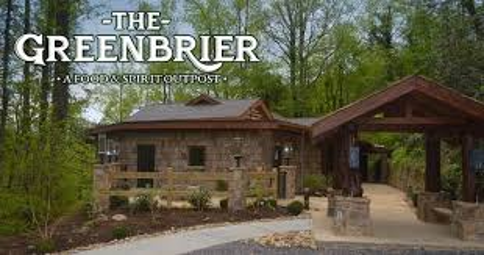 This restaurant dates back to the late 30s. This was when the restaurant wasn’t a restaurant but a lodge. This lodge would cater to wealthy people. Whether it was wealthy travelers or hunters, it didn’t matter. This lodge would even house wealthy vacationers. Most of these people would come from Knoxville, North Carolina, Memphis, and Nashville.

A current employee states that he has never seen the ghost of Lydia, however, fellow coworkers have seen food being knocked off the shelves of their pantry. Some diners have also seen this woman. They state that this woman is a petite girl. She is young and is always on the stairs in the building.

It is said that Lydia is a spirit that has been around for almost a century now according to the history of her whereabouts. It is said that the ghost will still haunt the lodge today. Well, today it is a restaurant. Becky Hadden, the owner, states that she can often find Lydia on the stairs of the landing on the second floor. It is said that she seems sad when she is seen and that people who work in the restaurant can feel a chilly feeling when she is near.

Lydia’s legend started back when the restaurant was once a lodge. It started when it was reported that a woman with the name Lydia had stayed overnight at this lodge found on Highway 321 in the city of Gatlinburg. It is said that Lydia was happy and in love. She was engaged and supposed to marry a very good-looking man who was a local. Lydia had gotten in her beautiful white gown and went to the church for her wedding. However, the man was not there. She would wait for several hours to see if the man would appear. He never did. After this, Lydia returned to the lodge where she was staying.

When Lydia returned, she was very upset and frustrated. She was not happy about being left at the altar with no warning. It is said that the woman climbed the stairs, where she is seen today, and threw a rope she had gathered over the rafter beams. Keep in mind that she was still in her wedding dress during this incident. After this, she proceeded to hang herself. This is not where the tale ends though.

It was said that about a week after the death of Lydia, her fiance and lover was found dead as well. He was found mauled to death by what was assumed as a mountain cat. This has spawned some serious talk in the already full of stories city.

Some people state that Lydia could not rest in peace because she was filled with love. She had unfulfilled love and that is why she had taken the form of this creature to kill and seek revenge on her soon-to-be husband. However, this is still not where the story ends, it is said that Lydia is still here to this day.

One caretaker who was employed when this area was a lodge stated that he would hear the cries of Lydia. They were very upset and pitiful. Her cries were ‘mark my grave’ said over and over. The worker would go on for nights of hearing her cries until he couldn’t take it any longer. He went where she was buried, an unmarked grave, and marked her grave. It is stated that he never heard her cries again.

It is said that Lydia will knock food off the shelves of the pantry and that you can occasionally see her from time to time. There was even a ghost hunting team that appeared to talk to Lydia and she responded. They captured some photos with anomalies and found her through EVP. She would respond snidely to the questions that were asked.

The restaurant is known for having amazing food and good service. In fact, it is one of the most popular places to eat in Gatlinburg. One customer stated that most restaurants in Gatlinburg try to serve frozen foods as fresh, however, the Greenbrier Restaurant serves amazing fresh, never-frozen food. Plus, many people like that the restaurant offers separate menus for the bar if you don’t want a full meal. Plus, if you are unsure about something, you can order off the bar menu to get a taste before you buy the entire meal. The bar has many different drinks to offer to people as well. Families love this destination because it is kid-friendly. Adults love this because it is home to the one and only Greenbrier Whiskey society. There are many different types of whiskey that people can taste. There are some of the most popular bourbons and whiskey that you can find. Also, it features some of the rarest and best alcohols that you can find as well.

People still state that they can see the ghost of Lydia if they look at the second-story stairs. This is supposedly where she hung herself when she was left at the altar. This means that she is popular among guests. With that being said, she means no harm. She is just a sad woman who was hurt by a man who supposedly loved her. 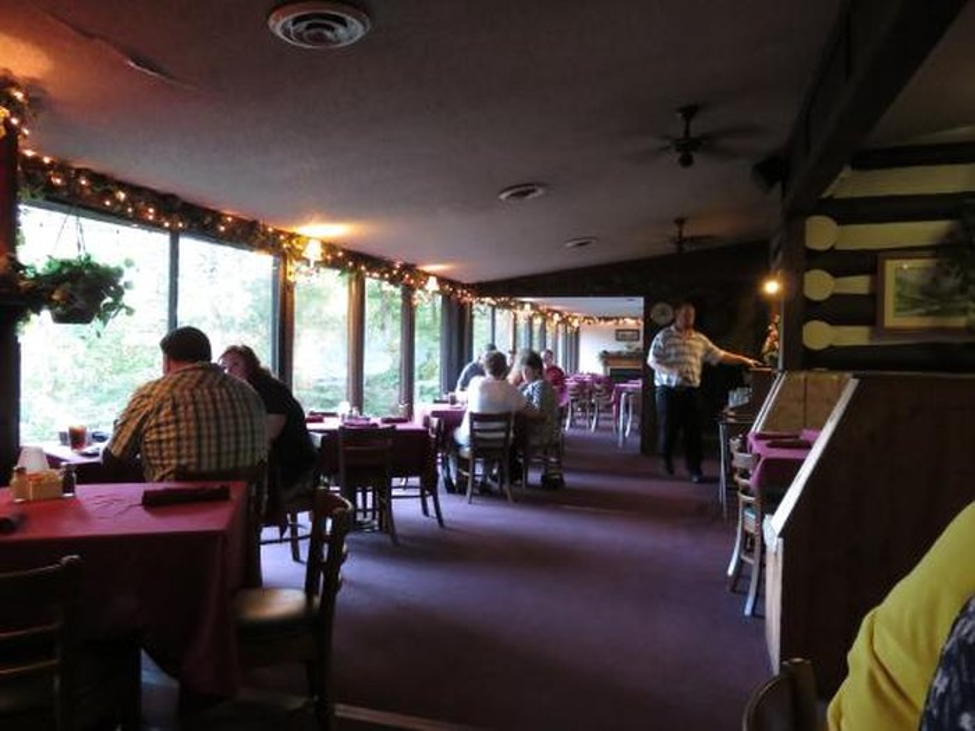 The restaurant was once a beautiful lodge that would house many people. This would include a woman named Lydia who was said to be in love with a man. This man would never show up to the altar the next day when they were supposed to get married. Due to this, Lydia, a guest of the lodge came back and hung herself on the rafters of the second floor. After this, it is said that Lydia had come back as a mountain cat to maul her future husband to death. He was found less than a week after her death in the mountains.

Today, the lodge is now a restaurant and it caters to families. It serves many people, including the many vacationers that come to the area. It is a popular destination because it serves great food and always caters to the people. Plus, it is a great place for families to be. The only thing that you have to watch out for is Lydia. She still makes herself known to this day. She is not going to be mean, she just wanders with her broken heart.

Going to the Greenbrier Restaurant will leave you with a full and satisfied belly. It will also leave you with a sense of mystery because of Lydia. Even if you don’t see her, you may feel her presence with a cold spot.